Sissy Vacation Exposure is the story of Robert, a married man with kids who is a sissy in the closet. Robert considers himself alive only on Thursday afternoons, that is when he has all the free time for himself to transform and be his true self. Everything changes when Robert and his family go for their Caribbean vacation where they meet a man who makes a proposal for them which changes all the relationship dynamics between the husband and his wife. The offer is very appealing and hard to refuse but when the couple has an agreement with the man they find themselves unable to stop and quit his next and next proposals. The book is divided into six chapters and the story is told from a third person’s perspective but the reader still gets to know all the inner feelings and desires of the main character through the narrative.

But this Thursday none of that was happening, because Robert along with his wife and kids were in the airport for their Caribbean vacation and for three consecutive Thursdays there will be no sissy play! A frustrating feel for him! But he had no idea that this vacation would change his life forever. Once they are settled in the resort and while Alicia enjoying her time alone on the beach she is approached by a man “I’ve been watching you and your husband, and I’d like to propose a small business agreement”. The woman thought that the man was trying to sell her something but this wealthy old gentleman had something else in mind! His name is Douglas and all he wanted was to entertain one of his perverse fantasies. He offered Alicia one hundred dollars only if her husband takes the man’s cock in his mouth! Even as a reader this is so arousing for me to see the sissy take the cock inside his mouth in front of his wife. The deal to be approached in this way is itself a bit degrading which makes it even hotter. Although the man assured her there will be no sucking, just having his cock in her husband’s mouth for a moment. When Robert is back right there, his wife tells him about the offer. The authors did a fantastic job of capturing both the outer and the inner feelings of both the husband and wife. Along with them, you as a reader will also have all kinds of feelings like excitement and nervousness and like them, you will also want them to accept the offer. Along with the deal, the wife has to take pictures and show Douglas then she is free to delete them. “She captured the cock almost inside her husband’s mouth, another of it crossing the boundary of his lips, and then one more of it deep inside, almost deep enough for the old man’s balls to touch his chin” Alicia finds it very surprising to be that aroused by the whole thing and she suspected that her husband must’ve enjoyed having that cock in his mouth too, but for her, this was a newly awakened lust to see her husband being used in this way.

The next day the wife meets Douglas who asks her if she used the picture to masturbate or for foreplay which she answers both with no hesitation or reservation! The reader feels now that the two are more comfortable with each other and that the ice between them has melted. However, Alicia was there because she wanted to know Douglas’ end game and what he was up to. She knew he was preparing for something. He was grooming her husband for something and she wanted to know. The rich man tells the wife about his whole plan and that he is very confident she will play along but we readers still don’t know what that plan is. However, we can guess what awaits sissy Robert 😉. That’s a good way for the authors to keep both the suspense and the anticipation going on for the readers.

The next afternoon the couple was invited for lunch and drinks with Douglas at his private beach. Of course, the old man still had fantasies to fulfill and this time he offered Robert one thousand fucking dollars if he’d hold his cock in his mouth until he cums! Even if I was a straight guy I’d agree to this! 😃 But that is not our subject right now. Alicia then tells Robert that Douglas will make it fifteen hundred if it is done with makeup on! And with some little suction, the amount could go up to two thousand! What I liked about this scene is the logic that the two authors provided to me as a reader. All the questions of why did Douglas choose Robert for this, and why not his wife or some other whore, all these questions are answered as Robert keep questioning Douglas. So all the answers are there. The amount of money offered keeps going up. Alicia and Douglas keep seducing Robert to give in. Alicia does not hold back and tells her husband that all this turns her on big time. She starts calling her husband sissy and the hot play starts by Robert asking for her bra to wear! With makeup Alicia transforms her husband to the sissy he always was and he will always be! This smutty scene is extremely hot followed by the couple playing together after Douglas leaves.

Robert is a new person now, he is accepted and at the same time an exposed sissy. He is happy that his wife does not just know about his fantasy but also she is OK and gets turned on by it. Alicia just loves pimping his sissy hole! The final fantasy of the rich man involves a lot of money that the couple cannot refuse. For that fantasy, Alicia gets him ready but this time she puts a bright pink chastity cage on his clit! All sissies should go for bright pink color when they want to wear a chastity cage. Next, the wife makes him wear a see-through and very skimpy bridal lingerie set made of lace in white! Any sissy will be thrilled to see this and Robert was no exception. Any man would love to see his sissy be in hot and sexy lingerie. The authors know their job and know the kind of sexy wear a sissy needs to have on. After Alicia finishes his look with makeup and jewelry, Robert confesses to Alicia about his Thursday afternoons which she is cool with. In that final act, Robert will become Bobbi and will be pounded and filled with the juices of two men while Douglas and his wife Alicia sit there watching the whole show and both playing with themselves. The sex in this scene is epic, to say the least. It’s a sissy’s dream come true to be spit-roasted like that by two so hungry and willing cocks treating him like the whore he is! Two manly cocks to make Bobbi loudly declare “I’m a sissy, and I’m a fucking cumslut. I’m yours.” Now isn’t that so fucking hot?!

This is a story that starts with the character being Robert and by the end of it is turned to Bobbi. A married sissy living in the closet but with one trip his life is changed and makes him come out and be accepted (and encouraged too) by his wife to be the true sissy he is. Bobbi Mare & Bob Neils did a great job with all the characters, showing their fear, insecurity, and vulnerabilities along with their excitement and sexual desires. What I love here that they have chosen to go with the feminization process gradually rather than just going for the whole thing at once. Douglas was an interesting character as well. He knew Robert was a sissy from inside. He sensed it. For Douglas this was a way to fulfill his own fantasy of sissifying another man that he sensed and knew was a sissy from inside, he wanted that man to come out and he worked his way towards it. In addition to that, he wanted to remove himself from this fantasy by fulfilling it. Once you fulfill a fantasy it will not be a fantasy anymore and this is what Douglas was trying to do. The story itself is fascinating and somehow reminds me of the movie Indecent Proposal which has a similar theme of a man approaching a couple with a proposal. They are similar there but the whole theme is totally different. Sissy Vacation Exposure should appeal to the wide audience of the erotica genre and especially to those who love to read about the feminization of men and get turned on by it. Besides having a great concept, excellent story, and interesting characters it also has very hot smutty scenes that will stay in your head for a long time.

Many thanks to the authors Bobbi Mare & Bob Neils for providing me a free copy of this book in exchange for this honest and unbiased review. 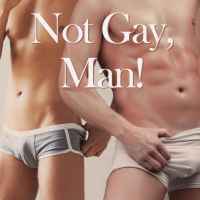 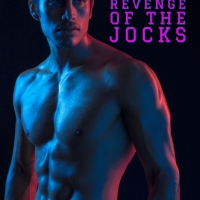 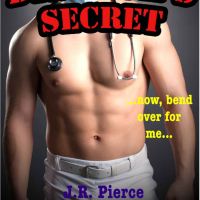